Local man describes Seattle protests, and why he went 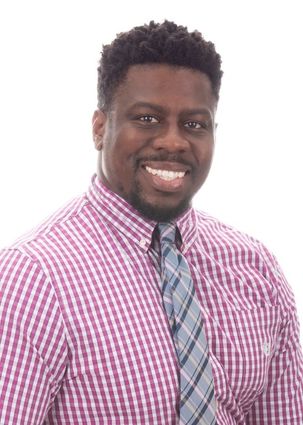 Rodney Talley went to one of the protest in Seattle to see for himself who was rioting, and to make his voice heard.

The nation has been rocked by the video of the death of George Floyd, a black man, who died at the hands of four white Minneapolis police officers May 25. One of the officers put his knee on Floyd's neck for almost nine minutes after a grocery store worker accused Floyd of trying to pay with a counterfeit $20 bill.

The video circulated widely on social media and broadcast news, and demonstrations in cities large and small across the country followed. Many of the demonstrations started as peaceful protests but devolved into violence and looting in Seattle, Bellevue, and other major cities during the last weekend of May.

Rodney Talley Jr., who lives in Bothell just outside of Mill Creek city limits, went to Seattle's protest on Saturday, May 30.

He posted in a Mill Creek Facebook group about his experience and the Beacon contacted him for a phone interview.

Talley, who served in the Navy before becoming a commercial broker, went with a group of friends to participate in the peaceful protest march.

"I wanted to go see, firsthand, who was doing the violence and rioting, and two, to make my voice heard, and three, I wanted to do my best – I knew it couldn't be everyone causing it to disintegrate to such chaos – I wanted to go and make sure I stopped those who were causing the message to be lost."

Talley said he saw a young man hitting windows of the Amazon Spheres building with a hammer when he arrived. He also saw people set off fireworks, and police officers use pepper spray on the crowd. No one in his group expected it to be as tense as it was when they arrived close to 3 p.m.

"We marched closer to where we were meeting the protestors and we could already smell the tear gas in the air. I was a little bit worried because you could already hear the canisters being fired, and the rubber bullets."

He said they left when they began to see behavior among the protestors and the police change, around 5 p.m., when the curfew was announced.

"The purpose of the protest was not to have a direct confrontation with the police officers. That's what we were trying to tell people. We're not out here to try to fight with the cops. We're out here to protest the racial injustice that's been opening across America." Talley has experienced racism as a black man – in his own neighborhood, at his own home. Someone spray-painted a racial slur on his fence and the word "noose" on the street outside his house within the past year.

"It prompted me and my wife to purchase firearms. I was going to go out of town to visit my family for two weeks, and I was worried about my wife, and so we got firearms to protect ourselves," he said. That experience was another reason he went to Saturday's protest.

"And so with that happening, and with the hyper-vigilance since then, I needed to go out and speak out about this. Because if I didn't, this was going to eat at me."

There have been too many police killings of black people, and some have hit the news and generated protests and calls for change. But the killing of George Floyd had a larger impact due to the video of his death, Talley said.

"I think you could be a white supremacist and think it was wrong. It was a long video. You watched him fade in and out, and pass away right in front of your eyes. I think for a lot of people it woke them up."

Talley said he grew up hearing about racism, but thought it was something that was in the past that he would not have to deal with. "It was something in history books and history lessons ... and that all these great men and women that came before me had paved the way so I didn't have to deal with it anymore," he said. "And I tried to ignore it for most of my life because no person wants to feel less than. No person wants to be treated differently for their skin color.

"It's hard to understand because I feel no different from everybody else. I'm a weird Washingtonian; I like the rain, and I wear flip-flops when it rains sometimes, I like kombucha, I like doing my yard work, I like listening to country music when I do my yard work."

He stressed that he knows not everyone is racist and added that his wife is white.

"I'm an American who is not different from anybody else. I have some faults. I just want to raise a family. I understand (racism's) history and where it comes from years and years of oppression of an ethnic group, but I still don't understand it today."

He said he wants to see change – changes like police accountability, for people to call out friends' racist comments, and for parents to not need to worry if their child's skin color will put them in danger.