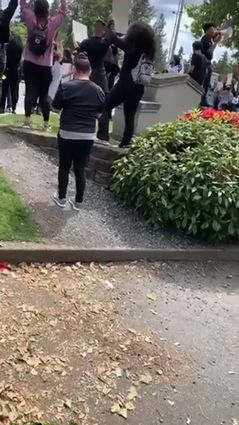 Local high school students and other community members came out again to the same intersection in Mill Creek to protest against police brutality on Thursday, June 4.

The students had previously demonstrated at the Bothell-Everett Highway/164th St. SE intersection on Tuesday, June 3, a peaceful protest organized by an Archbishop Murphy High School student, Keyshon Rife, and friends. 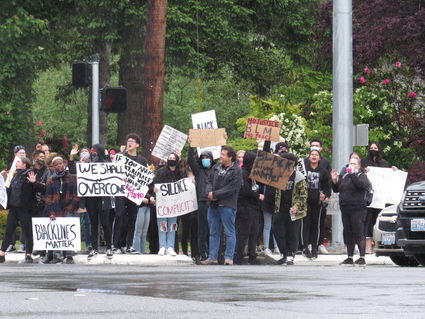 The first protest drew much support from the community as evidenced by a near-constant stream of honking, and praise on social media. However, the day before when news of the first protest hit several Facebook groups and leading up to the event, some people were fearful the protest would become violent. Thankfully, that did not occur at either Tuesday's or Thursday's protest.

Mill Creek police officers were at the protest both days to direct to escort protestors and direct traffic.

Of the first protest in the city, Rife told the Beacon, "I could no longer sit back and watch the news about people dying because they look like me, so I decided it was time to take peaceful action in my own community."