Passenger service at Paine Field will be suspended May 22 - July 31 for maintenance and repairs. 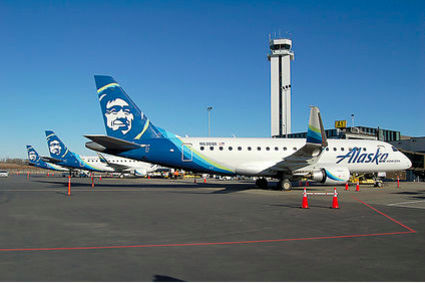 Flights will be suspended May 22 - July 31 at Paine field for maintenance and repairs, amid declining demand due to COVID-19.

Propeller Airports and Snohomish County announced that passenger service at Paine Field will be temporarily suspended from May 22 through July 31, 2020 for aircraft ramp maintenance and repairs.

Due to a significant decrease in passenger numbers both at Paine Field and nationwide, the airport is taking advantage of this opportunity to expedite the time needed to complete essential safety work by months.

The maintenance and repair projects were originally scheduled to be completed in a phased approach over a four-month period. The ability to perform these upgrades all at once, avoiding passenger inconvenience is significantly more efficient and will allow the terminal to be better positioned to serve Puget Sound, Everett, and the surrounding communities when service resumes later this summer. The schedule for this maintenance work has been coordinated with Alaska Airlines and United Airlines and approved by the FAA.

Paine Field's passenger terminal opened in 2019 and achieved a volume of more than one million travelers just prior to its first anniversary, making it the fastest growing airport in the nation. The airport previously had five scheduled daily departures, down from 24 before the COVID-19 pandemic. When service resumes, it is fully expected that 24 daily departures will return to the airport.

"The travel industry has never faced an economic challenge of this magnitude," said Brett Smith, CEO of Propeller Airports, which designed, built, and financed the terminal through a public-private partnership with Snohomish County. "We are going to use this temporary disruption to the advantage of Paine Field and our airline partners by completing necessary infrastructure improvements faster than we would have been able to while the terminal was open and flight operations were taking place."