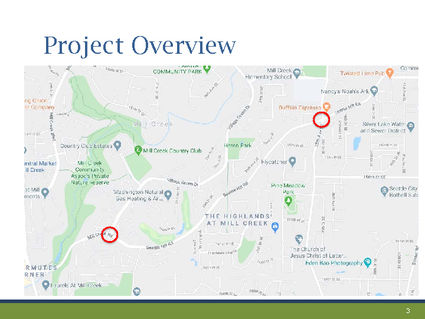 Illustration courtesy of the City of Mill Creek

Pavement work and other upgrades to Seattle Hill Road will begin in in April.

Seattle Hill Road will be getting a facelift as soon as April from where it intersects with Village Green Drive and crosses 35th Avenue SE.

The City Council voted to award the $1 million construction contract to Kamins Construction at their Feb. 25 meeting.

There were 11 bids for the project. The lowest bidder made several math errors, so the City chose Kamins Construction, who became the lowest responsible bidder after the other company withdrew. They bid the project at $1.2 million.

Work includes grinding off two inches of pavement and overlaying it with new pavement, replacing damaged...