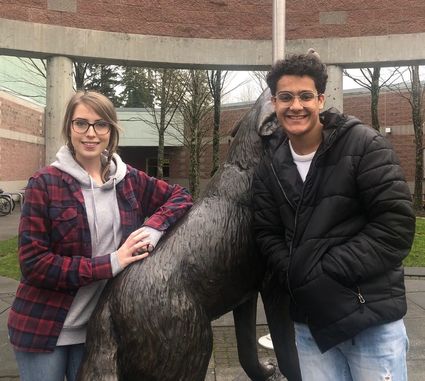 Two Jackson High School students, Juliana Mothersbaugh and Ahmed Ghaddah, are among the 4,500 candidates in the 2020 U.S. Presidential Scholars Program. Finalists will be announced in May.

Juliana Mothersbaugh and Ahmed Ghaddah, graduating seniors at Henry M. Jackson High School, have been named as two of more than 4,500 candidates in the 2020 U.S. Presidential Scholars Program. The candidates were selected from nearly 3.6 million students expected to graduate from U.S. high schools in the year 2020.

Annually, up to 161 U.S. Presidential Scholars are chosen from among that year's senior class, representing excellence in education and the promise of greatness in America's youth. All Scholars are invited to Washington, D.C. in June for the National Recognition Program, featurin...