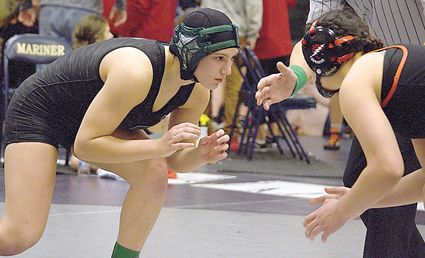 Jackson’s Amanda Rasoumoff made quick work of her opponent in 145-pound finals at the Lady Knights Invitational.

The Wolfpack standout took the Lady Everett Classic crown in December. Rasoumoff opened the Lady Knights Invite with back-to-back pins before facing off against Meridian’s Tenley Swope in a back-and-forth semifinal match.

The two ended up tied in regulation and headed to overtime where Rasoumoff pulled out a 7-5 victory...