Protesters demanded to speak with lawmakers and asked for due process for embattled Rep. Matt Shea attendees warn of the potential for forceful resistance against a "tyrannical" government 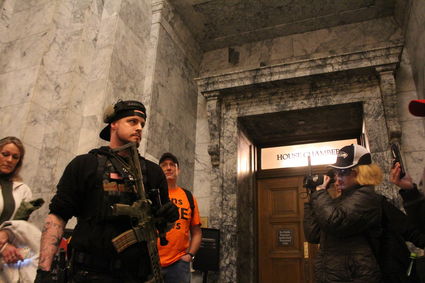 Gun rights advocate warns crowd of the potential need for forceful resistance in the future at gathering outside House of Representatives chamber.

Shea was expelled from the House Republican Caucus and stripped of his committee appointments after a private investigative report paid f...