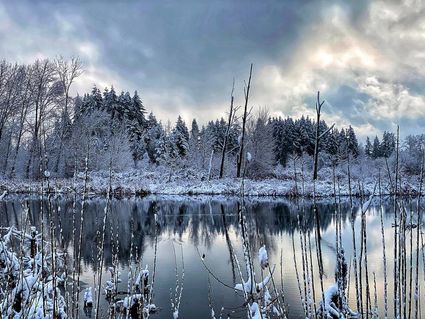 The first snow of the year blanketed Mill Creek and created stunning views.

Over speakerphone from their respective vehicles, Mill Creek City Manager Michael Ciaravino and Public Works Director Gina Hortillosa said in an interview they have been keeping an eye on how the first snow of the year and dropping temperatures have impacted the city.

The winter weather has already resulted in three snow days for both Snohomish School District and Everett Public Schools during the week of Jan. 13 and changed many people's schedules.

Hortillosa said the City learned from the February 2019 storm and changed its response. Last year, the snow left many in western Washing- ton...