Wildcats shut out by T-Birds in state quarterfinals | Football 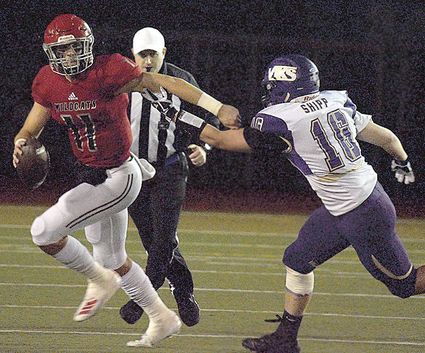 Not a whole lot went right for Archbishop Murphy in its 2A state quarterfinal football playoff game against Tumwater.

The Thunderbird defense limited the Wildcats to only 119 yards of total offense, forced two fumbles in the first half that led to 14 points and then foiled an Archbishop Murphy drive inside the Tumwater 10 that should have but did not yield any points.

To top it off, the Thunderbirds also knocked out Wildcats starting quarterback Victor Gabalis in the second quarter as they cruised to a 48-0 victory Saturday, Nov. 23, at Tumwater High School.