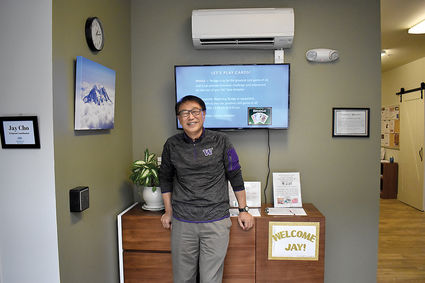 Jay Cho is the new program director at the Mill Creek Senior Center and said Korean food may be on the menu as a way to invite more people in to the space and encourage diversity.

Jay Cho didn't know who the people sitting at a table in the Seattle Children's rehabilitation area were, but they would change his life.

It was 2010 and one of Cho's two sons was in the hospital for brain surgery, again.

"After that second surgery, everything went wrong ... it was a really tough time," Cho said. "I literally lived with my son [in the hospital] for a year and a half."

He said he'd seen the people before but didn't know who they were, so one day he walked up and asked. He learned they were medical social workers. After talking, he said he wanted to pay them but they wa...