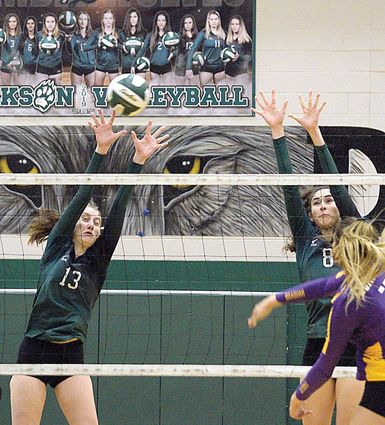 Jackson's Ainsley Johanson and Erin Ingram go up for a block against Issaquah during a Wes-King 4A District tournament match Saturday, Nov. 9, at Jackson High School

Jackson staged a comeback for the ages.

With the match tied at two sets apiece, the Timberwolves found themselves down 12-5 in the fifth and deciding set against Issaquah in a Wes-King 4A volleyball tournament match.

“I think we just has a ton of heart in that game,” Jackson senior Paige Wilson said. “We really wanted to win that more than anything. We knew this was a really important game if we want to get to state. So we really just...