Vaping devices can be difficult to recognize

One JUUL pod is equal to one pack of cigarettes 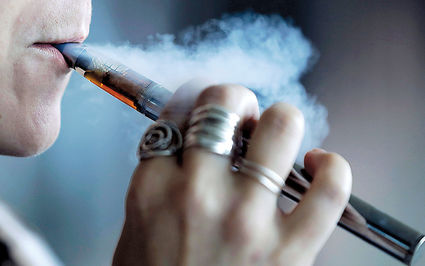 The Centers for Disease Control and Prevention published a new study Nov. 8 on the association between vitamin E acetate and vaping-associated lung injury.

In September, the Snohomish County Health District reported the first case of a vaping-related illness. That person was treated and released from a local hospital, the district reported. Dr. Anne Schuchat, the principal deputy director of the CDC, said she would characterize it as a breakthrough in the agency's investigation, although more tests are necessary.

The CDC study has found vitamin E acetate in lung specimens from 29 of 29 patients with vaping-associated lung injury. This finding provides evidence that this substance is present at the primary site of injury within the lungs, the CDC says. Although this research strengthens the association between vitamin E acetate and lung injury, no single compound or ingredient has emerged as the definitive cause to date and there may be more than one cause of this outbreak.

The Department of Health is working with partners to review the evidence from this report and other investigation findings to determine how best to protect the public's health.