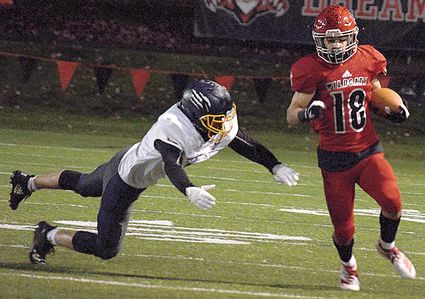 Archbishop Murphy's hard work paid off with an extra week to rest and prepare for a Bi-District playoff.

Senior quarterback Victor Gabalis completed eight of 14 passes for 189 yards and three touchdowns to help lead the Wildcats to a 27-14 victory over Sedro-Woolley in a Northwest Conference 2A Sky Division football game Friday, Oct. 25, at Sedro-Woolley High School.