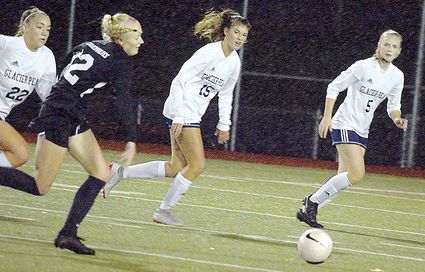 The Glacier Peak girls soccer team celebrated its first league title in nine years with a 1-0 victory over Monroe in the final Wesco 4A regular season game Tuesday, Oct. 29, at Monroe High School.

Of all the 13 league wins this season, Glacier Peak's 2-1 double overtime stunner over Jackson on Thursday, Oct. 17, might just be one of the team's defini...