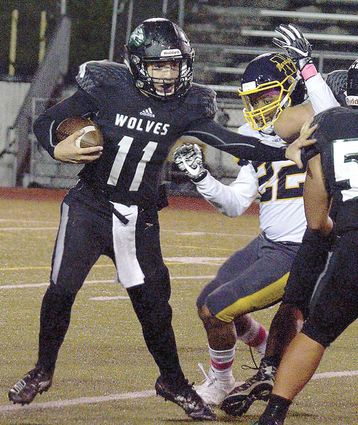 A week after playing one of its better games of the season against Mariner, Jackson took a step back.

Monroe scored six touchdowns in the first quarter to run away with a 56-7 victory over the Timberwolves in a Wesco 4A football game Friday, Oct. 11, at Monroe High School.

On the first play from scrimmage, Bearcat quarterback Gio Fregoso connected on a 39-yard touchdown pass to Efton Chism III and the rout was on.

"We did not play well at all," Jackson coach Mason Siddick said. "Obviously, we were hoping to build upon the momentum coming off the Mariner game. We weren't able to do that. It...