Lions, Tigers, and Bears--OH MY! 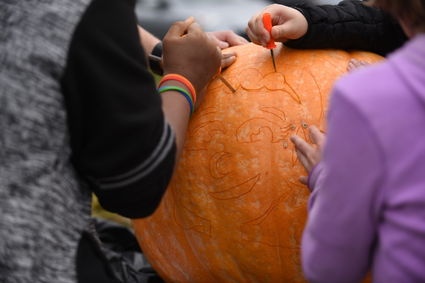 Students used stencils to carve faces on pumpkins to promote their movie "The Wondergrove Wizard of Oz."

The 45 students carved images of cartoon characters into pumpkins to promote their animated version of the movie called "The WonderGrove Wizard of Oz." The movie will premiere in Snohomish Nov. 9.

To gain attention for the movie, the kids used stencils to carve faces of various characters and then placed the pumpkins around town.