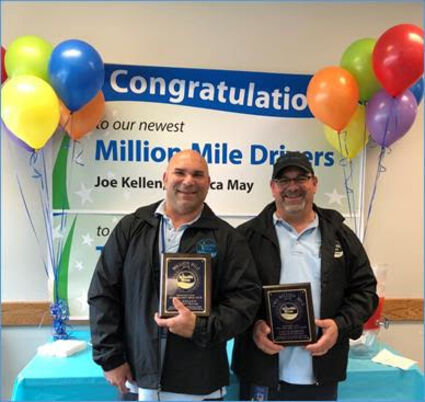 David Gibson of Marysville was awarded for reaching two million miles of safe driving. For Gibson, nearly 28 years of safe driving is the result of following his initial training.

Gibson has received numerous commendations, some of them for safe driving in inclement weather. He enjoys driving in the snow and transit driving in gener...