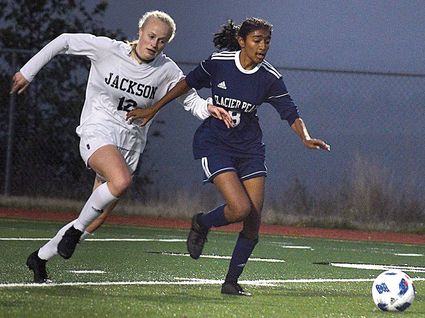 Jackson struck first with an early goal in the first half, but Glacier Peak bounced back in a big way.

The Grizzlies scored two goals later in the half and then tacked on three more in the second half to hand the five-time defending league champions a 5-1 loss in a Wesco 4A girls soccer clash Tuesday, Sept. 24, at Glacier Peak High School.

Coach Melinda Torre said that Grizzlies never lost their confidence after Katie Cheng scored the first goal of the game in the 21st minute.

"They don't get nervous when they get down," Torre said. "I think it started with our defense. Our defense played...