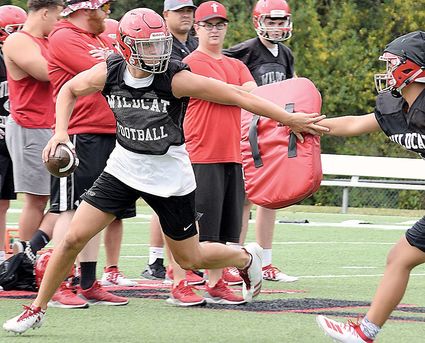 The Archbishop Murphy football team had a little bit of a bitter taste in its mouth at the end of last season.

After three straight state playoff appearances that yielded a 2A title in 2016 and two close semifinal losses in 2015 and 2017, the Wildcats' playoff run was derailed by an unexpected 37-9 loss to Sehome in the district playoffs.

Senior co-captain/quarterback Victor Gabalis has not forgotten about the game.

"It's still on my mind," he said. "The first two mornings after I was up working. So I still keep it in the back of my mind. I keep stuff two years ago, losses, in the back of m...