Can art really make Mill Creek an even more desirable place to live? 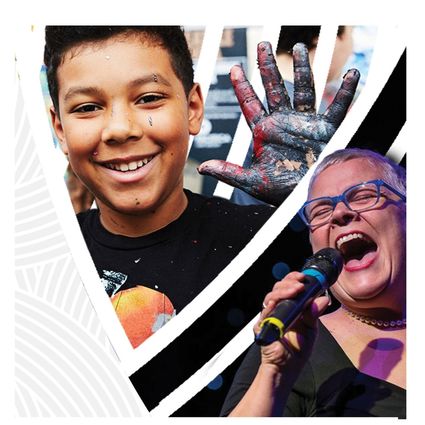 City governments can spend taxpayer money in a variety of ways. Members of the Mill Creek City Council heard two diametrically different options on ways to spend taxpayer dollars to improve their city at their last meeting of June.

The evening began began with a presentation by Sarah Sidman, the vice president of Strategic Initiatives and Communications for Seattle-based ArtsFund, who described how investments in the arts can improve the vitality of the city.

Her Powerpoint was followed by the authorization of $3.22 million in general obligation bonds to finance repairs to the city’s aging underground surface water system.

“Our meeting was a study of the contrasting obligations we face to maintain, and hopefully, improve the lives for residents of Mill Creek in a variety of ways,” Councilmember John Steckler told The Beacon. “One thing we can do, the other we must do.”

Steckler joined the other four councilmembers at the meeting on Tuesday, June 25, to hear Sidman explain how art can add value to people’s lives by “provoking entertainment, inspiration and information.”

She used statistics to back-up her emotional presentation.

“At risk students involved in the arts,” she said, “are 23 percent more likely to attend college. And 45 percent of medical institutions offer arts programs to seniors to benefit patient recovery.”

The nonprofit executive explained that cities in King County have followed the lead of municipalities around the world by implementing arts-based strategies to deal with economic, community and social development.

Steckler said he invited ArtsFund to present its findings to the council after being introduced to how many ways the community could benefit from exposure to additional forms of visual arts, as well as theater.

In response to a question from Councilmember Vince Calaveri, Sidman said ArtsFund is dependent on contributions from corporate and institutional sponsors.

Following the informational session, councilmembers got down to business to give final approval to issuing limited tax general obligation bonds intended finance the immediate failures in the city’s underground storm water system.

Extra funds were added to the bond package to pay for any unexpected discoveries in the 86 percent of underground pipes that have not been inspected with underground cameras.

Councilmembers agreed to apply for an additional half-million dollars in bonds after bid requests from eight financial institutions resulted in a tax-exempt interest rate of 2.44 percent from Zion’s Bank of Washington.

“We strategically timed the financing while interest rates are low, “ said Mayor Pam Pruitt. “We are always looking for ways to save money, and we are very pleased with the results of the bank bids”

The mayor said she regretted not being able to deal with a financial institution based in Mil Creek. Pruitt reminded members there was no risk applying for the additional money because unused funds can be repaid without penalty.

“The low interest rate bids are a result of the current market,” said Peggy Lauerman, director of Finance and Administration for the city. “The strength of our local economy and financial management of the City were also important factors for the credit review by the banks.”

The bids were solicited by Jim Nelson, a vice president in the public finance department of the financial management group DA Davidson.

In what was described as a pure coincidence, a group of mothers addressed the need for a performing arts center in Mill Creek during the public participation portion of the council meeting.

“We have talent and quality productions right here in Mill Creek, but we need to take our companies to Everett or Lynnwood to find appropriate venues to stage our shows,” said one impassioned mother of a Jackson High student while outside City Hall.

Steckler said the group of mothers who spoke to the council might have been attracted by the notice that Sidman would be promoting ArtsFund during the regular session of the council meeting.

“People know that I am a big proponent of having our own performing arts center in Mill Creek,” Stecker said with a sigh. “But there is no proposal on the table, and no funding available at this time to make that