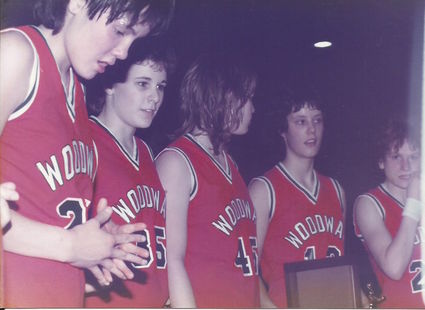 The Snohomish County Sports Hall of Fame’s Class of 2019 includes a race car driver, a skier, a rower, a track and field Olympian, a basketball and softball standout and a football player who went on to star in the Canadian Football League.

The six, along with the 1984 Woodway High School state champion girls basketball team, one coach and one sports contributor, will be the 10th class of athletes, coaches and contributors to be honored in the fall.

The six athletes being inducted are:

A 1989 graduate of Edmonds High School, Dobbelaar was a multi-sport athlete there. While at Edmonds she was: 1) The Herald’s All-Area Soccer first team all four years, 2) as a senior, all-Wesco in soccer, basketball and softball, and 3) The Herald’s Female Athlete of the Year. Then at Pacific Lutheran University in softball as the team’s shortstop, she batted a remarkable .422 and was a two-time NAIA All American and twice a NAIA All-National Tournament Team. In 1991 she was on the U.S. National Team that won a gold medal at the Cuba Pan Am Games.

Steinhauer was outstanding in football, basketball, and baseball at Lynnwood High. He graduated in 1991. At Lynnwood High School, he was all-Wesco in football for both 1990 and 1991 and went on to Western Washington University (WWU) and continued playing football. As a senior, he was first team NAIA All-American & the CFL’s Defensive Player of the Year. In 1999, he was named to WWU’s All-Century football as first team cornerback and punt returner. After WWU, he played CFL football for 12 years and was a division all-star six times and CFL all-star five times. He’s been coaching in the CFL since 2010 and is now head coach for the Hamilton Tiger-Cats.

McElvaine is a 1981 Cascade High graduate. As a senior, she was senior class Most Athletic Woman. She then went to University of Washington (UW) where she was on the women’s crew for four years helping her crew win three gold medals in the women’s nationals (1983-85). These crews are all in the Husky Hall of Fame. In 1988, she almost qualified for the U.S. Olympic Team. She’s coached since 1991 including: 1) at Mount Baker Rowing and Sailing Center, 2) 12 years as UW’s novice crew coach, 3) as UW’s head women’s crew coach, and 4) for various national crews.

Rome, a 1995 Marysville Pilchuck High graduate, played football, basketball and track and field. As a senior, he began focusing on the discus and shot put and continued them at Boise State University (BSU) and in national competition. Noteworthy accomplishments include: 1) several times NCAA Division I All-American, 2) thrice Big West Conference discus champ, 3) on 2004 and 2012 USA Olympic teams, 4) discus silver medalist in 2011 Pam Am Games, and 5) ranked no. 1 in U.S. in discus (2004, 2005, 2007 and 2011). He is now the throws coach at Boston University.

As a skiing racer as junior, high school student (1981 Snohomish High graduate and collegiate amateur, Lyon’s activities/accomplishments include: 1) Bogus Basin Ski Racing Alliance’s Inter-Mountain Cup Champion and a two-time Northwest Cup Overall Champion, 2) with No. 1 ranked University of Wyoming Ski Team, a NCAA All-American in 1985, 1986 and 1987 and 3) twice Rocky Mountain Overall Champion. After Wyoming, he raced on the pro-tour until retiring in 1990. Currently, he continues, among other ski endeavors, as program director and head coach of Stevens Pass Alpine Club.

Zaretzke, (known as “Crazy Carl”) is an Arlington High graduate. He began racing at the Evergreen Speedway in 1966 and is considered Evergreen Speedway’s first superstar. He is the first inductee into Evergreen Speedway’s Hall of Fame. He was very instrumental in the creation of Figure Eight Auto Racing Inc. (FEAR) and is the only FEAR member to win eight consecutive season championships (in the 1970s). Additionally, he won three of the first four NASCAR Superstock Oval Championships (1986, 1988 and 1989).

The coach being inducted is:

The team being inducted is:

This Woodway High School team is considered a legendary Snohomish County girls basketball team. It was Snohomish County’s second girls basketball team to win a state championship. Led by the very successful coach Bruce Evans, the team’s overall record was 25-2. The team won the Wesco, Northwest District and Region I titles then went on to the state tournament and won three games, including a victory over North Kitsap 54-52 for the championship. Kelly Joy was named to the state all-tournament team and Carol Olson’s 11 assists in a single game set a tournament record.

The sports contributor being inducted is: