Ciaravino hopes to empower the vision of the city council 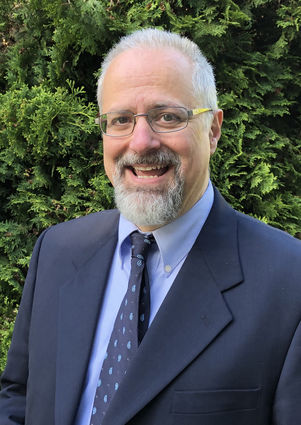 Of all the factors that attracted Michael Ciaravino to move his family across the country, it was the kitchen in City Hall that convinced him that he had found his new home.

Before the new city manager could settle into his new corner office in City Hall South, Ciaravino listened to his staff talk about the long-anticipated improvements they had in mind for the kitchen. This was an issue the city’s newest employee knew he could have an immediate impact on.

Before he became involved with policy politics in his hometown of Maple Heights in Ohio, and before he moved his family to New York to serve as city manager in Newburgh, Ciaravino became the first person in his family to graduate from college by swinging a hammer as a carpenter.

“My eyes lit up when I we talked about what they had in mind for the kitchen,” Ciaravino said during his first exclusive interview with The Beacon. “This was a project I could finish in a weekend and make a lasting difference to the people who work in City Hall.”

The new city manager sat in his appointed seat for his first two city council meetings this month. He described the list of new and old business on the council agenda as items that will have a lasting impact on residents of the city.

“The stormwater system intrigued me because of my experience dealing with the hazardous materials that could have breeched into the water system in Newburgh,” Ciaravino said. “We will need to plan the underground work around the money the council has already set aside for resurfacing the roadways.”

His first priority, he said, is to spend time getting to know every member of the city staff, then sit down with members of City Council to see where he can best contribute to the projects already underway.

The new city manager was a practicing attorney for 13 years in his hometown before he served as mayor, and later as the town’s city manager. He is a graduate of Case Western Reserve Law School and earned his undergraduate degree from John Carroll University in Ohio.

Ciaravino, his wife and two children are eagerly searching for a new home within the city limits of Mill Creek. He is also eager to take advantage of the forests and ocean that are suddenly within driving distance.

“For somebody who survived the winters in Ohio and four years in New York, the sunshine and the natural beauty of the Northwest are something I did not even know existed until now,” he said with a smile. “People in City Hall have warned me not to get used to the sunshine and dry weather.

“But I’ll enjoy every moment as long as it lasts. I love it.”