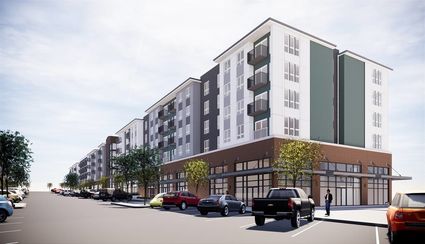 The development agreement for the mixed-use development known as The Farm provided a rare opportunity for members of the Mill Creek City Council to take opposing sides on the proposed use for one of the last remaining undeveloped parcel in the city.

The council eventually approved the agreement on a vote of four in favor, two opposed and an abstention by Mayor Pam Pruitt who expressed frustration at what she interpreted as pressure to approve the measure.

The split decision came after a ruckus public hearing on Tuesday, March 26, that filled the council chambers with residents who expressed unresolved concerns with the complex.

When fully developed, The Farm is projected include almost 400 workforce apartment units and 100,000 square feet of commercial space on 17 acres of land adjacent to 132nd Avenue SE along the northeastern border of the city.

Groundbreaking for The Farm by Vintage LP is still at least three months away, according to Tom Rodgers, the city’s planning manager. Rodgers said a hearing examiner must approve that the development fits the guidelines established for the East Gateway Urban Village (EGUV) before it is turned over to city staff to be implemented.

The public hearing portion of the evening last month was dominated by what was perceived to be a negative impression of renters. Homeowner Shawn Duffy said it seemed impractical to fill the commercial area with high-end restaurants and up-scale retailers when the people who live above the commercial space cannot afford to shop in the stores or eat at the restaurants downstairs.

According to Ryan Patterson with Vintage Housing, the term workplace housing for The Farm indicates the rents will be matched to people who make 60 percent of the median income for the surrounding community.