Nine players back for Grizzlies | Softball 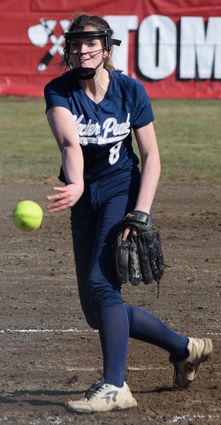 Glacier Peak’s returning experience should serve the Grizzlies well as they face off against some of the top softball teams in the state.

Among Glacier Peak’s Wesco 4A rivals are the two teams who battled for the state championship  defending champ Jackson and runner-up Monroe.

Glacier Peak coach Stefanie Celix is impressed by how fast the Grizzlies have come together and are communicatating both on the field and off of it.

“All of our returning players are hard-working and committed to their softball experience,” she said. “These girls are here to play and play hard.”

Miller is backed up by five returning infielders that should make the Grizzly defense among the league’s best.

“Our defense is connecting, communicating and working hard on the field,” Celix said.

The Grizzlies expect their offense to be high-powered with power and speed up and down the lineup. Glacier Peak’s returners include five all-league selections  Harlee Carpenter, Phoebe Schultz, Kendall Curtis, Ashley Jacobson and Miller.

Carpenter was 2-for-3 with 3 RBI and Curtis hit a home run with 2 RBI against the Mavericks.

“Offensively, we are wanted to hit hard and score first,” Celix said. “Our girls are committed to having smart at bats and capitalizing on our baserunning.”