I spent most of this past Saturday night in the emergency room of a Seattle hospital, shepherding a friend who was trying to find a specialist on a weekend. Sometimes you have to travel a bit.

If you’re thinking that there’s a story here, let me explain: There were a lot of stories.

There always are. I spent most of my 20s working in or around hospitals, often on weekends and at night. The emergency department is usually the only door open after a certain time, certainly on Saturdays and Sundays, so I spent a fair amount of time around the ER. It was possible to wander past half a dozen personal narratives on the way to the vending machines.

I overheard many stories in my six hours in the ER last weekend, then. I can’t help hearing. I don’t always listen.

The stories haven’t changed, people being people. They want help. They want drugs. They want someone to talk with.

A downtown emergency room is also a good place to see the face of modern medicine, particularly in a teaching hospital. It’s a very young face. It’s a cliché to say that the doctors keep getting younger, although it’s a pretty common side effect of staying alive for a decent amount of years.

Last weekend, every health care provider I met looked like Doogie Howser (a reference most of them would be too young, I suspect, to recognize).

I was fascinated by all of this (not being the patient is helpful), and impressed, not so much by their youth as by the seamless integration of personal and professional technology. Tablets and phones pulled their weight alongside monitors, terminals and old-fashioned needles and blood-pressure cuffs. Consulting physicians returned calls directly to the treating doctor’s phone, not the front desk, saving countless minutes, I would think. They were constantly taking pictures of rashes and wounds with their phones, I assume to be included in the patient’s chart.

This was an interesting insight, for me. The last time I spent any time in a hospital was eight years ago, and in those days I usually brought my laptop to the waiting room if I knew I had a few hours to spend. I don’t remember seeing any medical professional using an iPhone.

So, times have obviously changed, and it made me smile to realize what I was thinking, which was, “Just like on TV.”

Medical shows have been a staple of television for my entire life, which is nearly the lifetime of modern TV, just like cop shows. I grew up with “Medical Center” and “Marcus Welby, M.D.”

In the 1980s, my wife and I were big fans of “St. Elsewhere,” which got soapy fast but at least featured some young actors who’d go on to other things (e.g., Denzel Washington). It also starred Norman Lloyd, who played the loveable Dr. Auschlander. Lloyd was one of Orson Welles’ players in the Mercury Theater in the 1930s, as well as being a favorite of Alfred Hitchcock.

He’s had a remarkable career, spanning decades, and he has a lot of decades, considering his last film was made four years ago, when he was 100. He might be out on an audition today.

And I watched “ER,” although I came to it late and it took me a while to catch up. Our Saturday night in Seattle would have been a very slow one on that show.

It would also have been a dull episode of “The Good Doctor,” which I’ve been watching for the past couple of seasons against my own judgment. I never watch this kind of show, a network series, slick and overproduced, with carefully crafted theatrics and plot twists that bear little resemblance to what most of us experience in the hospital, which is uncomfortable chairs and waiting.

“The Good Doctor” is based on a South Korean TV series, and shows us a brilliant young surgeon with autistic spectrum disorder (ASD). I’m very familiar with ASD, and I’m interested in seeing how it’s portrayed, so I checked it out.

Freddie Highmore’s characterization of this young man seemed bizarre to me, but somehow compelling. I’ve continued to watch and now I’m hooked. It has excellent acting and writing. There are worse things.

And apparently it’s accurate in at least one regard, because these young physicians all incorporate technology into the practice of medicine. There are phones and tablets and touch screens all over the place.

It looks less like product placement for Apple or Microsoft than a brochure on the early 21st century.

That’s all this was, really, a little amusement at myself for being such a stereotypical older person, relying on television shows for depictions of reality and being baffled by technology.

This really isn’t the case. If anything, this is just the case of someone who’s worked at home and alone for 30 years, surprised at how things have changed, and in fact I was thinking of another TV show from a long time ago.

“These doctors use their phones like tricorders,” I texted my daughter.

I’m glad to own up to any stereotype traps I’ve fallen into, though, if only as preventative medicine. I don’t mind aging, but I’d prefer not becoming old as long as I can, which probably will be as long as I can point to someone older.

I’m pulling for Norman Lloyd to stick around, then. He’s keeping us all young. 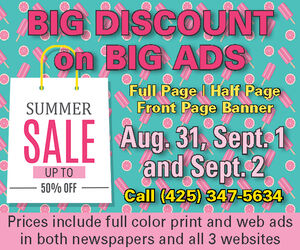