Memories of a fallen President 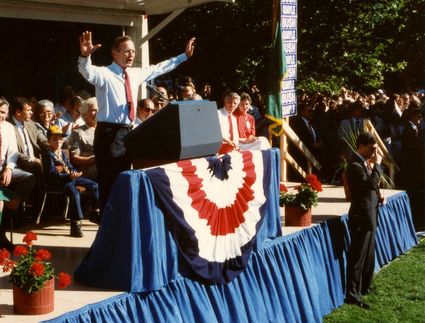 This photo was submitted by Jackson High School science teacher, Bill Trueit. He was in Eastern Washington at the time working with a public radio station.

Former President George HW Bush made a campaign stop in Spokane during his campaign for the White House in 1988. Bush won his only full term that year, but was defeated in his bid for reelection by Bill Clinton. The 41st President died last week at the age of 94.