By Maria A. Montalvo 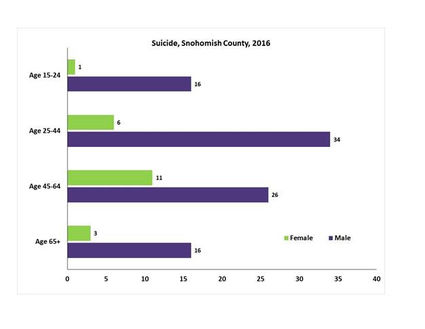 Suicide leaves its mark on all age groups.

On June 16, a 33-year-old woman jumped in front of a BNSF train in Edmonds in an incident witnessed by many, including children.

And earlier this month  five days after a woman was found dead next to a suicide note in a Fifth Avenue North condo in Edmonds  an elderly man took his life after a recent cancer diagnosis.

September is National Suicide Prevention Awareness Month, and the Snohomish Health District and a number of local nonprofits, municipal agencies, and media outlets, are conducting special campaigns to increase awareness.