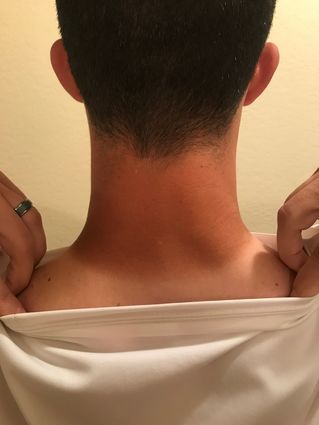 Creek City Councilmember Jared Mead shows off the tan line he earned while knocking on thousands of doors leading up to the primary election on Tuesday, Aug. 7. Mead captured the Democratic nomination for Position No. 2 in the 44th Legislative District and will face Republican incumbent Mark Harmsworth in the general election in November.

The 26-year-old graduate of Jackson High and Heatherwood Middle School will take on Sen. Mark Harmsworth for Position No. 2 in the 44th Legislative District.