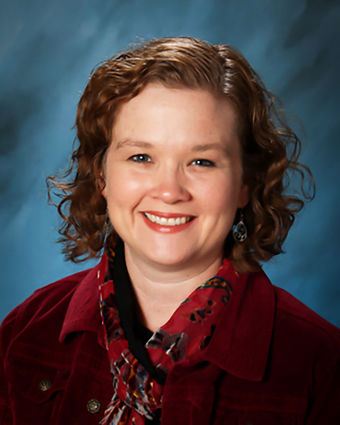 Holly Martinez served as principal at Forest View Elementary School until two years ago when she moved to the Everett Public Schools district office to become the director of Elementary Literacy. She died from gunshot wounds last month in an apparent case of domestic violence. Her husband has been arrested and is being held in the Snohomish County Jail in lieu of a $1 million bond.

Snohomish County Sheriff officers tried for more than an hour to save the life of Holly Martinez when they arrived at the home east of Mill Creek on the night of Monday, June 18. She was declared dead at the scene at approximately 10 p.m.

The beloved educator and respected member of the Mill Creek community died from a gunshot would in an apparent case of domestic abuse.

“My husband and I heard the sirens and wondered what was happening,” Lila Johnson remembered. “So sad to realize it was someone I found to be full of grace, kindness and a love for children and education.

“Very sweet and so senseless.”

The admired educator was a “champion of the children, a wonderful mother and friend to many,” said Taleena Koch, who had a child at Forest View while Martinez was principal. “She (will be) missed by the community and we are all heartbroken about all that has taken place.”

Friends and colleagues were filled with words of praise for her generosity beyond her skill in the classroom. Martinez organized visits to senior centers and coordinated the collection of items that were sent to schoolchildren in Uganda. The items collected by students at Forest View were shipped to the African nation through a non-profit sister school foundation.

One student at the time was amazed how every item collected by students at Forest View would be sent to children halfway around the world.

Martinez was also responsible for writing grant applications for a number of organizations in the community. One application to the Mill Creek Garden Club resulted in a “tidy sum of money” for projects at Forest View over a two-year period, according to Johnson.

People who worked with Martinez were united in their grief for the slain educator. Dave Peters, the principal at Jackson High, said he considered it a privilege to know the victim as both a colleague and as a parent of students at Jackson.

“I genuinely appreciated her insights and her love for students,” Peters wrote in a letter sent to families at the high school. “I believe Holly would want us to be thinking of her children and her family.”

The high school had counselors available to support both students and members of the staff.

District Superintendent Gary Cohn described the tragedy of death of Martinez as a time to “care for one another.”

He admitted to being at a loss for words.

“While it is beyond our capacity to make sense of the senseless,” he said. “We are the people others turn to in their grief.”

Darren Larama, the current principal at Forest View, also sent home a letter to parents with links to sites that could help parents know how to speak with their children about the horrific crime.

“We did not make any announcements to students, but we did have counselors onsite to provide “support for students who came to school knowing about the tragedy,” he wrote.

Sheriff deputies arrested her husband, 49-year-old Paul Anthony Martinez at their home. He was booked into the Snohomish County Jail on the day after the shooting on charges of second-degree murder. He remains in the county jail in lieu of a $1 million bail set by the court.

Prosecutors were expected to file formal charges before 5 p.m. on Friday, July 6, according to a spokesperson for the District Court in Everett.

Court records indicate that Martinez had filed for divorce in January after her husband had purchased a gun. The divorce papers detailed Holly’s request that the gun be kept in a gun safe.

“I’m not requesting a restraining order regarding the gun,” she wrote, “but do request that he leave it in the gun safe until this matter is resolved.”

“Domestic violence is certainly not on the decline,” Bordsen said during an exclusive interview with The Beacon. “People are much more willing to come forward now because of the news about players in the NFL and others in the public eye who have been accused of, and convicted of, domestic violence.”

One thing that has changed, according to Bordsen, is the level of violence. Abusers are using weapons more often than in the past. That translates into more deaths and more severe injuries.”

Bordsen could not comment on the Martinez case, but said the “scariest time” for victims is when they are trying to leave the abusive relationship.

“We encourage people to have a safety plan and to talk with their children,” she said. “Make copies of important papers and have a suitcase packed at all times. Don’t wait until the situation becomes out of control.”

She said victims should keep the names and contact information of trusted friends and relatives easily accessible in case they need to flee the home.

Mill Creek resident Taleena Koch had one child at Forest View while Martinez was the principal. She is also a victim of domestic violence who believes the slain educator would want victims to speak out.

Her inspiration, Koch told The Beacon, would have been her two daughters.

“Domestic violence is all around us. I can tell you from experience, you truly don’t know what goes on inside someone’s walls,” Koch said. People are beaten and battered every day. They hide it. I grew up telling myself I would never let a man abuse me. Then I did just that for 11 years.”

Koch remembers how she covered her cuts and bruises, and then lied to people who tried to help her.

“I got lucky. I was able to walk away and get out of the situation before things went horribly bad,” she said softly. “But I knew in my heart had I stayed that we were going to kill each other one day.”

Koch said Holly lived with the abuse and paid the ultimate price when she tried to get away from the bad situation. People she knows have told Koch to remain silent in the wake of the Martinez murder.

Honestly, I have to think that because of the caring loving woman Holly was, she would want to speak out about DV,” Koch said “I can’t imagine that had this happened to someone Holly knows and loves that she would have wanted to keep it quiet.”

Domestic Violence Services of Snohomish County is prepared to help, Bordsen said, with hotel vouchers and support for victims of domestic violence. She emphasized that the emergency number is more than a “hotline,” it is a helpline.

Bordsen said that 10-12 percent of domestic violence victims are men.

The director at the non-profit agency encouraged victims to call the 24-Hour Helpline before the situation becomes critical and prior to an emergency situation.

The Helpline received 4,679 calls last year from victims in addition to calls from concerned friends and members of the family.

The Snohomish County agency also operates a 52-bed Confidential Emergency shelter that housed 233 children and 140 adults in the past year.

“Unfortunately, we are always full,” Bordsen said with a sigh.

The Holly Renee Harrison Memorial Fund was established just days after the shooting to provide for the financial needs of a family torn apart by violence.

In its first 13 days, the GoFundMe page collected more than 80 percent of its goal of $50,000 in contributions from 493 donors.

Donations can be made at www.gofundme.com/holly-renee-family.