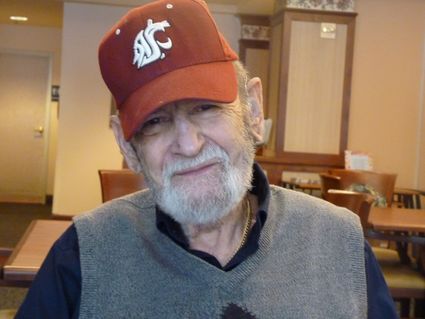 John Diamond flashes his signature smile whenever he is asked about his bride, Bev. The pair met while living at the Brookdale senior community on the Bothell-Everett Hwy. John had moved to Arizona, but suffered a series of medical issues while visiting his daughter in Mill Creek that made it impossible for him to live alone. Bev moved into Brookdale to recover from a series of injuries from falls in her home.

Bev and John Diamond have been married for more than 100 years, but not all of it to each other.

The couple knew they had a special bond when they began to meet for meals at the Brookdale senior community on the Bothell-Everett Hwy. John had been waiting for an opportunity to meet the attractive woman since the day he saw Bev walk past him in the lobby the day he moved into the residential facility.

The native of Everett had moved to Arizona, but was back in Mill Creek to visit his daughter in 2015 when he suffered three consecutive heart attacks and a stroke that left him unable to live...