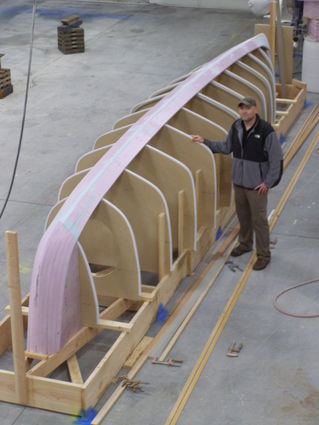 The challenge for one adrenaline-fueled thrill-seeker will be how to explain to himself why in the world he chose to row his custom-made boat across 9,150 nautical miles from Neah Bay in Northwest Washington to Perth in Western Australia.

Air Force veteran Jacob Hendrickson knows a thing or two about adventure. He has first-hand experience with G-forces over the past 10 years flying combat missions over Afghanistan. He has pushed his reconnaissance jets to speeds that would make most sailors dizzy.

Then, during the long hot summer of 2014, he had an epiphany while driving from his home in...