Keep on travelin’: Rick Steves says live like a local when traveling 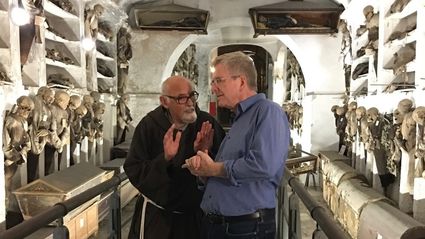 From his home office on Fourth Avenue North in Edmonds, Rick Steves continues to pump out travel guidebooks on European travel, as he has done since opening Rick Steves’ Europe 42 years ago.

“Keep on travelin’,” as he says when closing his popular PBS TV show.

Now he has released the third edition of one of his most popular books, “Travel As a Political Act,” first published in 2009. The Society of American Travel Writers named it ...