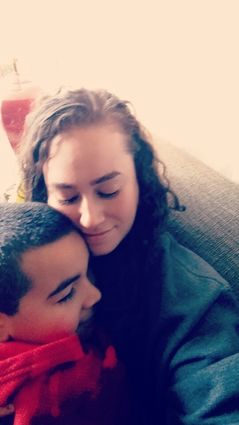 Marisa Moreno holds her young son in an effort to reassure him that she will protect him from the mounting incidents of gun violence that has killed students and teachers. The Mill Creek mother of two made the decision to start a chapter of Moms Demand Action for Gun Sense in America to support parents and grandparents in Bothell and Mill Creek who want to take action to stop the senseless bloodshed.

Compassion became action for one Mill Creek mother when she watched her young son’s reaction to the school shooting at Marjory Stoneman Douglas High School in Parkland, Florida.

Marisa Moreno was stunned while she watched reports on the school shooting that left 17 people dead on Valentine’s Day. Her 8-year-old son began to cry as he walked into the room and was confronted by images from the school.

“My son has a language deficit and does not understand everything,” Moreno told The Beacon. “But he understood what was going on in Parkland. He burst into tears and begged me to kee...