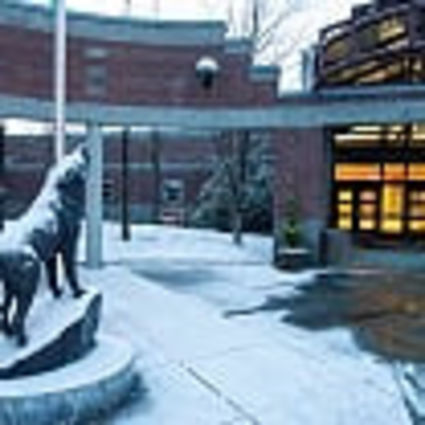 Voters served by Everett Public Schools approved an education and operations levy by more than 10 percentage points (55.3-44.7). The $300 million plus capital bond measure received a higher percentage of yes votes, but fell short of the 60 percent needed for approval.

“We continue to be the fastest growing district in the county, and will continue to add portables to accommodate growth, but would prefer to educate kids in permanent classrooms.” school board president Caroline Mason said.

“I believe we need to have a conversation with all stakeholders to understand their needs.”

Jackson has the fastest growing enrollment in the district, and is expected to continue to grow, according to Linda Carbajal in the district’s communications office.

Jackson currently accommodates more than 2,100 students with 17 portables currently on campus. By 2023, Carbajal said the school is projected to be over 2,400 students with the need for at least 30 portable classrooms.

“The need for schools does not go away, nor does the urgency to offer relief from our growing student enrollment and crowded schools,” Mason told The Beacon.

Jackson High Principal Dave Peters said the overcrowding at Jackson has multiple layers. He said additional portables will either have to be located on an athletic field or in a parking lot currently used by students, creating the need for additional resources as well as cuts to educational opportunities for students.

The capital bond also would have funded new laboratory classrooms at Jackson. Without the new permanent structures, Peters said the board will have to decide between the costly options of retrofitting either existing classrooms or portables to create space for new labs.

The school board outlined some of the options available to deal with the overcrowding at a town hall meeting in March of 2017. Those possibilities included shifts in school boundaries, staggering the school day, busing students to other high schools, and the potential of year-round school.

“We can’t monkey around with schedules too much because there are minimum classroom hour requirements to meet graduation requirements from the state,” Peters said. “The board will have to make some tough decisions in the very near future.”

Approval of the operations levy provided one consolation from the Feb. 13 election. Funding will be available to maintain the level of counselors at Jackson.

Peters said the counseling staff at Jackson has provided an inordinate amount of time dealing with a series of tragedies that have plagued the school over the past year.

Three students from the high school were killed last summer in a late-night collision with a semi-trailer parked on Alderwood Mall Parkway. Then in October, 2015 graduate Shannon Prendergast died in a car crash when she swerved to avoid a pick-up truck that had flipped over on I-90 near the town of Kittitas.