Homeowners waking up to better retirement options through reverse mortgages 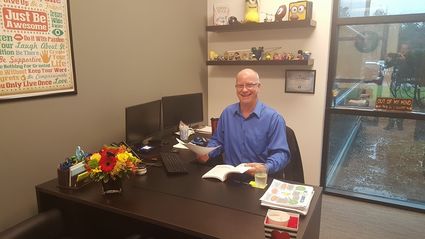 Carl Self’s father worked until the day he died. Financially, he simply could not have survived on his Social Security alone; in fact, if it wasn’t for his VA health benefits, he would have been in even worse shape.

It didn’t have to be that way. He owned a home with a lot of equity sitting in it, untouched. He was equity rich, but cash poor.

Self, a senior mortgage adviser for Fairway Independent Mortgage Corp. in Bothell, was just learning about reverse mortgages, and began working on one for his father when the elder Self passed away.

That’s part of the reason Carl Self has grown increasingly enthusiastic about reverse mortgages and the many options they provide for homeowners who want more income now, rather than let that untapped wealth lie fallow until it’s no longer needed.

The options are particularly attractive to the baby boomer generation, where some 10,000 are reaching age 62 every day. Unfortunately, about 90 percent of them aren’t prepared for retirement, Self said.

Most haven’t socked enough away in their 401k’s or other savings, have small or no pensions, and otherwise are facing dramatic decreases in their annual incomes.

“If all the boomers were to retire at 62,” Self said, “84 percent of them would be in jeopardy of running out of money before they die.”

But when the U.S. Department of Housing and Urban Development (HUD)/Federal Housing Authority (FHA) shored up regulations on reverse mortgages a couple of years ago, that development opened up the possibility of a new revenue stream that can give homeowners much-needed peace of mind that they can remain in their homes as long as they wish or until they die.

“The idea of this is so they don’t have to keep working to survive,” Self said.

Homeowners can take out a reverse mortgage to tap that equity, giving themselves a new revenue source without the worry of making payments as long as they live or stay in their home.

Thanks to rising home values, even those who still have small mortgages have a lot of equity available for their use via a reverse mortgage. Not only do they no longer have a mortgage payment, but they can have a line of credit for use on daily living, needed repairs or, among the wealthy or simply savvy, a new investment opportunity.

That’s because that line of credit grows (currently at about 5 percent) and is guaranteed not to go lower than the rate at which a client’s line of credit starts. That option alone can bring some peace of mind to retirees who depend too much on a stock portfolio for their income. “There’s a stock market correction coming,” Self warned.

There also are tax advantages with that last option; if a homeowner uses the line of credit for living expenses, then pays it back using retirement funds, the homeowner avoids some taxes on those retirement funds that he otherwise would have to pay.

Self said seniors are missing the boat.

“In Edmonds, for example, 65 to 70 percent of the seniors there have a monster amount of equity,” he said. “About half the ones I’ve talked with have a small loan left on their home.

“Those people have great options, which is what a reverse mortgage is for. In fact, there are so many options for this, it’s silly.”

Some homeowners here in the Northwest, for another example, use equity from their first home to buy a second home in the south to escape our dreary winters.

Self advises that reverse mortgages are more expensive than other kinds of loans. But, again, there are no payments to worry about as long as you live in your home. The closing costs are rolled into the reverse mortgage. As Harlan Accola, president of the Reverse Mortgage Division of Fairway, said, “Isn’t it cool that you can ask for a loan, and we ask for it back a year after you’re dead?”

The only requirements are that you continue to pay your homeowners insurance and property taxes, and keep up maintenance on your home.

For seniors who hope to leave their homes to descendants or other loved ones, they will likely have more cash to leave  which is what the kids really want  because they eliminated mortgage payments and tapped their equity for a more comfortable life as well as another investment opportunity.

In the rare cases in which heirs do want the home, they can still buy it for 95 percent of the appraised value or the mortgage balance, which ever is lower.

Carl Self didn’t know enough about reverse mortgages until it was too late to help his father live a comfortable retirement. Now he does, and he can help other seniors enjoy their golden years instead.

To learn more, contact him at Fairway Independent Mortgage Corp., 425-419-2022 or email carl.self@fairwaymc.com.