Expletives from the president brought home the need for understanding, compassion for volunteers at workshop on diversity 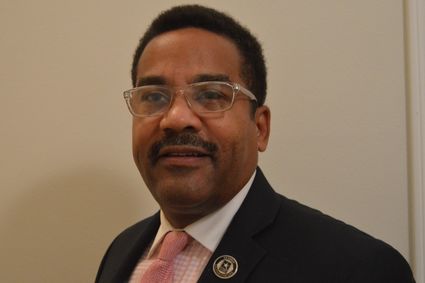 Local volunteers who attended a workshop on diversity unanimously agreed that the increase in racial discrimination across the country is a direct result of the bias inherent in President Donald Trump’s rhetoric.

The session in Everett was scheduled before the president made his comments about limiting immigration from “shithole” countries in Central America and Africa. The blatantly prejudicial comments made by Trump were at the center of conversation for the attendees from social service organizations in Snohomish County.

Understanding the history of racial bias is an important tool in battling pre-conceived ideas that permeate the thinking of a large percentage of Americans, according to Jessica Gurley, a Navy veteran and an officer with the Supreme Court who facilitated last week’s session on Race, Equality and Social Justice.

Gurley used her own family as an example of how much has changed and how many concepts about racial inequality remain the same. She began by defining race as whatever is recorded on your birth certificate.

The self-described advocate for social justice said her father was identified as a Negro when he was born. Her mother was categorized as Colored. Her own birth certificate labeled Gurley as Black, while her son was listed as African-American.

“Diversity,” she said, “can be broken down as differences in race, ethnicity or national origin,” Gurley said. “People in the United States have evolved to include prejudice based on religion, gender, sexual orientation and socio-economic classes.”

Mill Creek resident Herbie Martin attended the workshop, he said, to gain an understanding of how people in the same community can have vastly different opinions on social issues that he views as “black and white, and I don’t mean the color of your skin.”

Martin said he was surprised by the opinions he heard from Mill Creek residents four years ago when he ran for a seat on the City Council. Martin describes himself as African-American.

“There is a segment of the population that wants the city to be at the forefront of social change,” Martin said. “But there is an even larger portion of the electorate that wants everything to stay the same.

“Unfortunately, that means prolonging ideas that are tied to unpleasant memories from the past that we all share.”

“Here we are on the eve of honoring the legacy of Dr. Martin Luther King, and his dreams are replaced by words of ignorance and hate,” Martin said.

Anahi Macchiavelli had a different view of bias perpetrated by the police. The program manager for Bilingual Outreach in the Dispute Resolution Center for Volunteers of America in Western Washington said her son was spared harassment from police at a recent party near Lake Chelan presumably because he was white. The police, she said, focused their attention on her son’s friend, a dark-skinned immigrant from India.

“It was so sad because it (the prejudice) was so very obvious,” Macchiavelli told The Beacon. “Neither boy did anything wrong. They were just being teenagers. The officers treated by son’s friend poorly, just because he appeared to be different than the other kids at the party.”

The cycle of poverty is perpetuated by the short-sighted white men who control the actions and policies of the government, financial institutions and many of the leading corporations in America, according to Gurley.

“It is important for us all to question what is normal,” she explained. “Discrimination is nothing more than prejudice in action.”