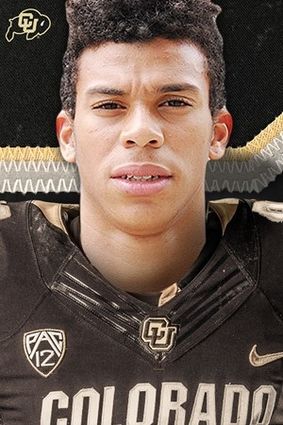 Jackson’s Daniel Arias formally signed his National Letter of Intent to play football for the University of Colorado.

The 6-foot-, 200-pound standout was among the first players to commit on Wednesday, Dec. 20, the opening day of the first-ever early signing period for NCAA Division I football.

Arias, who earned first-team, all-Wesco 4A recognition as a wide receiver and defensive back, caught caught 43 passes for 843 yards and eight touchdowns his senior year and helped lead the Timberwolves to the playoffs for the first time since 2013.

During his junior year Arias earned first-team, all-league honors on offense and drew a second-team nod on defense. He caught 49 receptions for 1,030 yards and 12 touchdowns,

In his best game as a senior, Arias caught nine passes for 191 yards and two touchdowns in a 40-20 win over Mount Vernon

Arias was named the MVP of the USC summer 2016 camp and he also attended Colorado’s and UCLA’s summer camps.

The Jackson senior was one of the league’s top sprinters, finishing in second place at the Wesco 4A championships in the 100-meter dash with a time of 11.21.