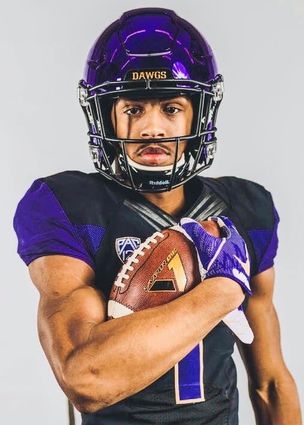 Archbishop Murphy’s Kyler Gordon is headed to the University of Washington.

Gordon made his announcement during a King 5 television broadcast on Thursday, Dec. 21.

The senior standout had narrowed his choices to the Huskies and Notre Dame.

Gordon, of Mukilteo, was one of 19 football players to sign a National Letter of Intent on the opening day of the first-ever early signing period for NCAA Division I football.

As a senior, the 5-foot-11, 180-pound Wildcat rushed for 517 yards on 40 carries, caught 32 passes for 841 yards, threw an 88-yard touchdown pass and totaled 44 tackles and five interceptions to help lead Archbishop Murphy to the 2A state semifinals. Gordon, who averaged 19 yards per touch on offense, was named the Offensive MVP of the Cascade Conference, as well as first-team all-league at defensive back.

During his junior season, Gordon had 802 receiving yards and 31 tackles and four interceptions, as Archbishop Murray went 14-0 and won the 2A state championship. Gordon had seven interceptions as a sophomore, earning first-team, all-league honors at defensive back and wide receiver.