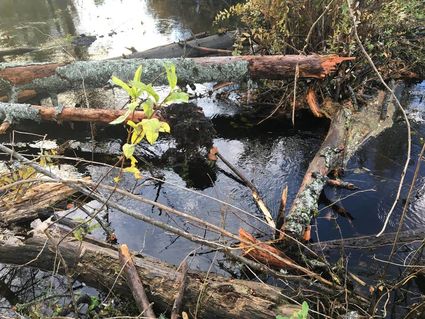 The waters behind two beaver dams on Penny Creek flooded into adjacent neighborhoods last month when high winds toppled two trees into the wetlands adjacent to Jackson High School. The subsequent flooding was filmed for local television news coverage in Seattle and subsequently was picked up by the producers of Good Morning America. The news footage made national airwaves on Nov. 16.

Aerial footage of the inundated neighborhoods by news crews from television stations in Seattle was picked up and aired by ABC on Good Morning America on the morning of Nov. 16.

The subsequent flooding closed 136th Street SE in between SR 527 and Jackson High School in Mill Creek just as school was being dismissed. Water flowed into about half a dozen homes, including some on of 14th Court, which ends in a cul-de-sac on 137th Street SE known as the Dumas Lane neighborhood.

City crews were able to stop the flow of water from the wetlands with environmentally friendly sandbags. The high water flowed harmlessly into the city’s underground storm water system. Crews cleaned the streets and reopened the roadways by early evening.