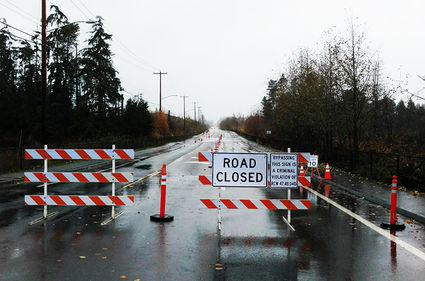 The waters behind two beaver dams on Penny Creek flooded into adjacent neighborhoods last month when high winds toppled two trees into the wetlands adjacent to Jackson High School. The subsequent flooding was filmed for local television news coverage in Seattle and subsequently was picked up by the producers of Good Morning America. The news footage made national airwaves on Nov. 16.

Water over the roadway began as a minor incident when water began pouring over the roadway on 35th Ave. SE between 141st Street SE and 144th St. SE on the evening of Nov. 22. City crews quickly diverted southbound traffic to help drivers around the deep pools. By the next morning, water had covered the entire roadway and police imposed a mandatory 10 mph speed limit. By mid-morning the water had covered the entire roadway, forcing Public Works to close the road over the Thanksgiving weekend. Road construction scheduled for 2018 is expected to eliminate the a...