‘Conversations with the conductor’: Leonard Bernstein was wrong 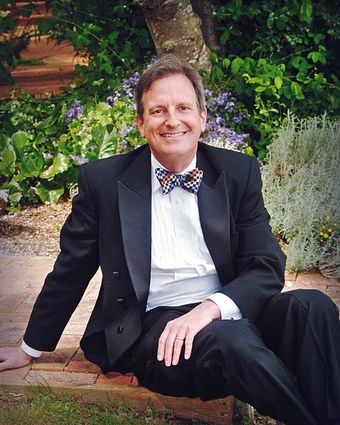 If you’ve ever wanted to know what the life of a music conductor is like, your big day has arrived.

“I plan on giving the audience a sense of what the conductor's world is like, from its most obvious aspect  flailing and gesticulating in front of an orchestra  to the unseen facets: the study, the subtle use of rehearsal psychology, the ecstasies and the heartbreaks.”

Stern knows the gig well, as he has a long and varied career as a conductor, composer, pianist, producer and writer.

He is music director of the Seattle Philharmonic and Sammamish Symphony and a Grammy Award-winning recording producer.

In addition to the flailing and gesticulating, Stern’s presentation will focus on his life on the podium, the ways in which a conductor obtains a performance from an orchestra, collaborations with soloists, and his interactions over the years with some of the major names in the music world.

Stern will also share anecdotes about some of the world's leading conductors, including Leopold Stokowski, George Szell and Leonard Bernstein. (“I will lay my soul bare and tell the story of when Leonard Bernstein told me I had no business being a conductor,” he said.)

And there will be time for audience questions to conclude the one-hour presentation.

The event is a special Music at the Museum event, a variation from the Museum’s concert series.

“This will be an unusual chance to discover what it’s like to conduct an orchestra, to inspire a great performance, and the creative process of interpreting orchestral music,” said Cal Lewin, Cascadia Art Museum concert committee chair.

Stern is a Cascadia fan.

“I love the look and feel of the museum, and am quite taken with the choice and focus of the artwork I've seen there,” he said. “It's wonderful that such a venue is now adding the enjoyment of music to its offerings.”

“Music at the Museum” is a continuing concert series, held the third Saturday of every month at 6 p.m. Future concerts will feature chamber music, choral groups and classical soloists.

General admission is $15 ($10 for museum members), and includes complimentary admission to the museum exhibits. Tickets are limited and are available online at www.CascadiaArtMuseum.org or by calling 425-336-4809.