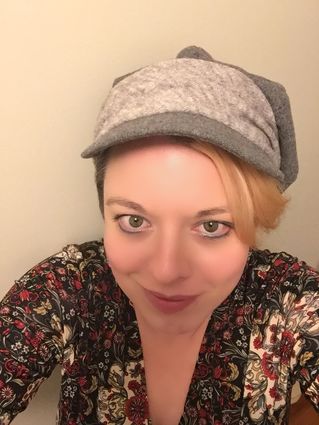 City Council candidate Carmen Fisher knew she had an uphill battle when she filed to run against incumbent Councilmember Sean Kelly for Position 1 in the November election. Her official photo, she said, is a selfie that represents her as a non-traditional candidate.

The only contested race in the election to fill four seats on the Mill Creek City council just became a lot more interesting.

Political newcomer Carmen Fisher told The Beacon she was energized by reports that residency requirements may force Sean Kelly to give up his seat on the council.

“My goal was just to have my name on the ballot,” Fisher said. “I was fired up when I read the article that described the potential challenges that my opponent may have to deal with.

“Not because of his challenges. But that I actually might have a real chance to earn a seat on the council and serve my community.”

Kelly bought a home in Snohomish in July, presumably as his primary residence. When questioned by The Beacon after a recent council meeting, the first-term councilmember said he thought he would continue to be eligible to serve on the Mil Creek council as long as he owned property in the city.

That is not the case, according to Snohomish County Elections and Recording Manager Garth Fell.

“To serve on the council, you need to live in the district, which in this case is the city of Mill Creek,” Fell said. “A person’s official residency is based on voter registration.”

Kelly did not respond to numerous phone calls, text messages and emails asking for an update on the question of his official residency. Mayor Pam Pruitt defended her colleague, saying he needs time to work on personal and family issues.

Fisher said the news energized her and breathed life into what had been a stagnant campaign.

“First thing I need to do now is get some (campaign) signs posted around town,” she said with a laugh.

Four seats on the Mill Creek council will be decided by the voters in November. Incumbents Pruitt and Mayor Pro Tem Brian Holtzclaw are running unopposed. Another political newcomer, Jared Mead, found himself without an opponent when Donna Michelson decided not to seek another four-year term.

Kelly’s challenger said she is determined to launch a vigorous campaign, regardless of how the incumbent addresses the residency issue.

She began with a lengthy meeting with City Manager Rebecca Polittozzo to gain an insight into the procedures and expectations expected from councilmembers. She left the meeting with notebooks that she hopes to get through over the next few weeks.

The challenger pledged to run a campaign based on issues facing the city.

“Whatever happens in this campaign, I am fired up to be part of this community as we move forward,” she declared. “I’m in this for the long haul.”