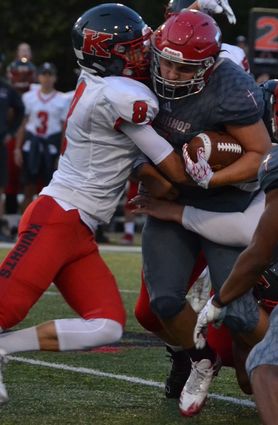 But the Wildcats did enough on both sides of the ball to defeat the Knights 35-7 Friday, Sept. 15, at Archbishop Murphy High School’s Terry Ennis Stadium.

The game was closer than the score indicated, as the Wildcats (1-0 in the league, 3-0 overall) only led 14-0 at halftime and headed into the fourth quarter with a 21-7 advantage.

“It’s satisfying to have a win against King’s, as it always is,” senior running back Ray Pimentel said. “But we came out a little la...