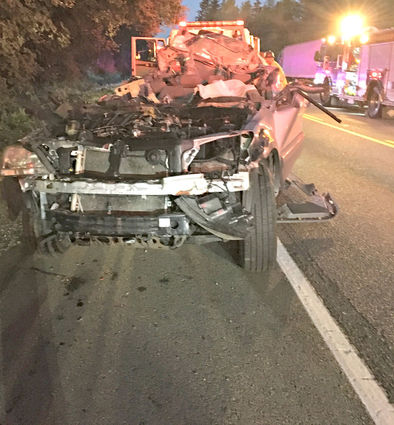 Three people died in a crash on Alderwood Mall Parkway on Wednesday, July 26.

The sole survivor of a deadly crash that claimed three other lives in an early morning collision in the 16900 block of Alderwood Mall Parkway in Lynnwood is a 15-year-old girl.

The crash was reported at about 4 a.m. Wednesday, July 26, Snohomish County Sheriff’s Office spokeswoman Shari Ireton said. The road between SR525 and 164th Street SW was closed for several hours for an investigation.

The Kia Sorrento, with four occupants, was traveling northbound on Alderwood Mall Parkway when it struck and drove underneath a parked semi-tractor-trailer, which was parked legally, Ireton said.