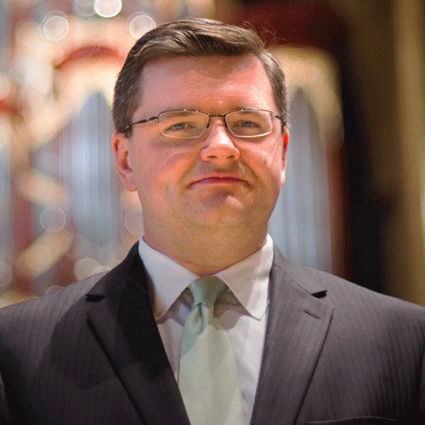 It will feature organist Paul Thornock, recently appointed director of music at St. James Catholic Cathedral in Seattle, where he is responsible for the music ministry and directs the Cathedral Choir, Women’s Schola and Cathedral Cantorei.

He will be performing works of the three “Bs” of organ music: Bach, Buxtehude and Bruhns. There will be a reception following the concert to meet and greet the artist.

Before assuming this role in July 2015, he served in the same role at St. Joseph’s Cathedral in Columbus, Ohio, as well as that of diocesan music consultant. He was responsible for St. Joseph’s purchase of an organ by Paul Fritts and Company, which at the time was the largest organ Fritts had built.

A Washington state native, Thornock earned a bachelor’s in music from the University of Puget Sound, studying organ with Edward Hansen. He earned a master’s in organ performance and literature degree from the University Of Notre Dame as a student of Craig Cramer and Gail Walton. 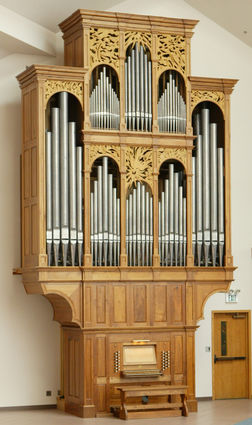 Trinity Lutheran Churchs organ is rightly noted for its sound.

He earned a doctorate of musical arts at the University of Cincinnati College-Conservatory of Music as a student of Roberta Gary.

Thornock has performed for regional conventions of the American Guild of Organists, the Organ Historical Society and the American Institute of Organ Builders. He has been heard as both an organist and conductor on the nationally syndicated radio programs “Pipedreams” and “With Heart and Voice.”

Trinity Lutheran Church’s organ, opus 4, is noted for its sound. It is housed in an Italianate style case of black walnut, in a fine acoustical environment. Every part of the instrument was built by Martin Pasi especially for this space, and was installed in 1995 shortly after the new sanctuary was completed.