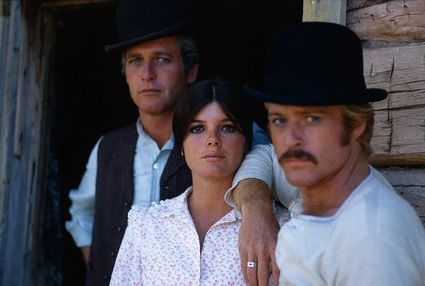 Starring in Butch Cassidy and the Sundance are Paul Newman, Katharine Ross and Robert Redford.

Who are those guys?

Edmonds Center for the Arts continues its film programming with a screening of “Butch Cassidy and the Sundance Kid” from 1969 Thursday, February 9.

Prior to the film, patrons will have the opportunity to go backstage for a special cabaret-style happy hour (6:30 p.m.), featuring live Brazilian and Latin music by Maracujá. The film starts at 7:30 pm.

Launched in October 2016, ECA’s Film Cabaret Series offers screenings of classic, contemporary and cult films whose cinematography and iconic music were made to be experienced on the big screen.

The series marks the...