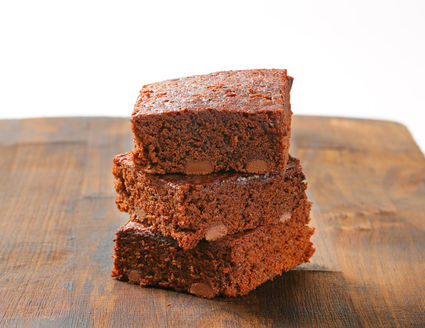 An obscure ruling on the statewide marijuana referendum could play a factor in balancing future budgets as the city of Mill Creek tries to expand its revenue base.

Three paragraphs on a 20-page policy statement issued by Seattle City Attorney Pete Holmes last year could lead to the establishment of lounges in other cities across Washington where patrons could publicly indulge in the use of marijuana outside of their homes.

Despite the approval of Washington State Initiative No. 502, the distribution of cannabis has been banned in Mill Creek after the City Council approved a moratorium in May of 2014.

Councilmembers are divided on the prospect of restaurants and bars providing safe haven for patrons who want to consume cannabis edibles in trade for tax revenue.

Mayor Pro Tem Brian Holtzclaw said he would be willing to consider proposals to lift the ban if businesses in the city apply for licenses for a legal lounge. The expanded tax base, he said, would fit within the city’s long-range plan to attract “recreational dollars along the lines of the proposed indoor sports arena.”

“I would definitely need to learn more details about how this would impact residents of the city,” Holtzclaw said. “The statewide initiative was approved by 54 percent of the voters. If the results were similar for Mill Creek, there is no reason why we cannot at least look at the possibility.”

The regulations for legal lounges in Seattle prohibit establishments from selling marijuana or any paraphernalia, including electronic smoking devices. They would, however, be allowed to charge a cover, sell food and non-alcoholic beverages.

The ban on indoor smoking would prohibit the smoking of marijuana, and patrons would be required to bring their own edibles to consume.

Police Chief Greg Elwin said the establishment of legal lounges in Mill Creek where marijuana could be used legally would force his officers to become more familiar with the traits of drivers who are operating vehicles while under the influence.

He said there is an obvious difference between drivers who have had a few drinks and those who may have ingested half of a brownie.

Ken Adams  who operated a medical marijuana dispensary before cannabis was approved for recreational use  emphasized that people “high” on marijuana are generally more rational than people who become drunk from alcohol.

“Even hash is more predictable than booze,” he said with a knowledgeable smile.

“Personally, I would not be worried about the competition,” Matt Thompson said. “I would, however, be opposed to the stigma that a place that catered to people who use marijuana would create for the city.”

The proprietor of another restaurant on Main Street  who did not want his name or business identified  did not share the same opinion.

“The idea of legal marijuana lounges is sweet,” he said. “From our perspective, that just means more hungry people out there looking for some good food. We can handle that challenge, as long as nobody wants to light up inside our establishment.”

The Washington state board that issues licenses for bars and restaurants had recommended a maximum of two retail marijuana outlets inside Mill Creek. The closest legal distributor of cannabis to the city is Herbal Nation, located south of 192nd Street SE on Bothell-Everett Highway just beyond the city border in unincorporated Bothell.

Mayor Pam Pruitt believes that Mill Creek has more important issues to deal with than the controversy that would undoubtedly be created over changes to city regulations over the use of marijuana.

“Legal or not, this is not the time to lift the moratorium. We have not seen clamoring from businesses for new licenses,” Pruitt said.

“As far as recreation and tourism, we still have 10 acres of parks that need to be developed. I’d like to see more fields for soccer and baseball so we can work with Snohomish County to become the host for tournaments that will bring in people from throughout the region.”

The mayor said larger cities, like Everett, have the resources to be test sites for legal lounges. She also noted that the revenue from new taxes has not matched what many cities had anticipated when recreational marijuana stores were made legal.

“We need to remember one thing,” Pruitt said. “Once you start down that path, there is no turning back.”